3 simple fixes for common IT problems

Nothing is perfect – especially when it comes to computers, which can run into all kinds of problems day to day.

These can range from very serious issues like malware, viruses and hacking to the more common but still annoying issues like poor performance and faulty keyboards. The serious issues should be tacked with professional IT support and repair services. But sometimes the best fix is the simplest…

Sometimes a computer is running poorly or won’t function properly because, dust has built up on integral components causing overheating issues. By blowing compressed air into the machine – a  you can allow airflow to cool components more efficiently.

But even though this may fix the problem initially, there could be deeper problems with the machine, and if it continues to run poorly, pull your punches and get a professional to look at it.

Turn the computer on and off

Many computers are left on constantly, 24 hours a day, seven days a week. Even if the computer is resting with a screen saver, it’s still turned on, and even machines need to take a break.

If your computer is running slowly or doing funny things, reboot it or turn it off for a while. This will often solve the little issues you’re having, allowing the computer’s systems to reset themselves, install necessary updates or just take a rest.

Slow running speed is one of the most common computer problems – but often it’s not the machine’s fault.

Even if you have full Wi-Fi signal or a strong connection, if a web page or web application is taking too long to load, check your router is working properly before you blame the computer.

Computers are vital to our day-to-day professional and private lives. We use them so often and so much that problems will inevitably arise. Small problems like slow running time can be alleviated with these simple solutions, but often the small things are signs of larger problems. That’s why it pays to have a professional IT service supporting you. In the long run, you need to be vigilant, so that when problems do come along, you have support in place to handle them.

Rapid IT Support
Our highly experienced, well-qualified technicians and staff are your first line of defense to your computer or IT related problems! As professional IT consultants we make it our business to understand your specific needs and present quick, reliable and affordable services. You can count on us for extensive 24 hour computer IT support, trouble shooting services, repairs and remote support solutions. We offer cost-effective, competitive technologies that ensure an uninterrupted flow if IT services to you. Get in touch to learn more about our services.
Recent Posts 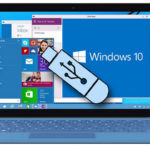